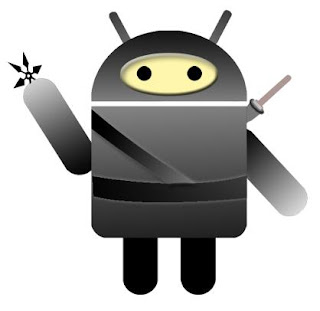 I work for a company that is predominantly (for the time being, anyhow) NOT Agile. As a person who is passionate about Agile and leads one of three areas in his Division that are all-Agile, this wreaks havoc on my job title. Technically, my job title is "Systems Analyst". But I'm not that. That doesn't describe what I do at all, really. Maybe if you use "System" to refer to a team of people, as in Lyssa Adkins and Michael Spayd's teachings. However, that's not what the title is meant to refer to internally. So I'm stuck with the dilemma of how I describe who I am and what I do for the company.

Okay, I know I started this post out on a somewhat pessimistic note, but I have to be honest: coming up with my own job title has been fun. It's rather liberating to just make something cool-sounding up when you are asked what you do. One example of this is my LinkedIn profile, where I brand myself as a "SAFe RTE, Agile Evangelist, and Scrum Ninja". What does that mean? Exactly what it sounds like. I've also referred to myself as a Defender of the Agile Brand; Agile Enthusiast; Head of the Walmart Agile User Group (which isn't so much silly, as I really did found and lead the Walmart Agile User Group); and Über Scrum Master (I really like that one because the Ü looks like a ridiculously happy face). I also have a whole slough of non-Agile titles that describe me outside of my professional life, such as Dad, Brother, Son, Captain Obvious, and Snarky McSarcasticson.

Titles are a funny thing because they define so much of who we are, whether we want them to or not. In some cases, such as my "Systems Analyst" title, that can be a bad thing (read more about the cons of titles here). Yet I wouldn't refer to myself as anti-titles. I consider myself a proponent of creative, descriptive, and self-appointed titles. Your title should be part of your brand. If you don't live up to your title then it quickly becomes apparent and does you more harm than good, so it's in your best interest not to pick something entirely inappropriate.

What do you think? Are you a fan of titles? If so, what titles do you hold? If not, how do you describe yourself succinctly when asked what you do?
Posted by Unknown at 7:13 PM